Utrecht, The Netherlands, May 17th,

On May 16th, 18:00 GMT, we have successfully launched strategy god game Reus. It is available as a digital downloadable title on most popular platforms. The suggested price is €/$9,99 with a 10% discount in the first week. Reus is our first release, but within hours it climbed to be the top 2 seller on Steam, above many successful AAA and indie titles.

Creating Reus has always been a gamble. Our friends and mentors advised against it, and we listened where we could as long as it did not mean bailing on Reus. At the start of our studio, we decided to create a complex game without any budget. We chose to skip any (crowd)funding and just work towards a finished game on our own as fast as possible. Meanwhile we kept ourselves alive with our student loan. Paying no wages proved attractive to many developers as we quickly grew from a 4 to a 15-person team. Now, 1.5 years later we had the chance to release with several distributors after much anticipation from the press. It was the most exciting moment of the Abbey’s short life and everything was just purely bizarre and amazing in terms of response. It went great, except for a few launch issues in the first hour and some damaged property at the release party. 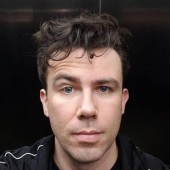